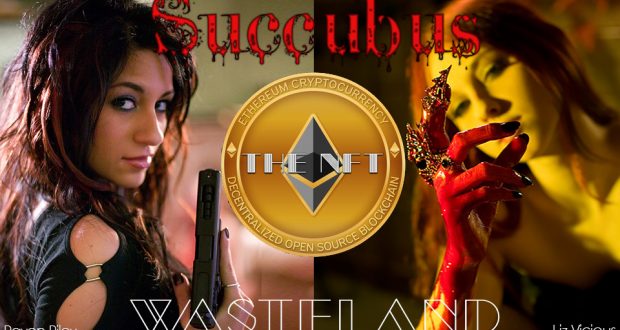 NFTs are often described as “digital containers” designed to hold a one-of-a-kind priceless collectible, like a trading card or rare, ancient coin. The fundamental difference between an NFT and a collectible like an ancient coin, of course, is that NFTs have no physical form. NFT already is a well-established medium in the market for fine art, where selling NFT has garnered artists hundreds of thousands – even tens of millions – in income.

(Trailer from the cult classic Succubus)

About the Movie Succubus

Launched in 1994, Wasteland.com was among the first commercial adult sites on the internet. Over the years, Wasteland and Rowntree have continued to be at the front of the pack in adopting new technologies, from the early days of video streaming to recent explorations of virtual reality (VR) content – and now, NFT.

“I’m endlessly curious about the latest and greatest tech toys,” Rowntree said, while noting that he believes NFT will be more than just another blip on the fad-radar. “Not every new advancement has the same sort of potential to create revenue that NFT offers – or to facilitate something special and unique from the collector’s perspective.”

“Succubus – The NFT” is available in a total of 10 limited edition mintings starting Monday, March 22nd at rarible.com with opening minimum bids set at 0.3 ETH ($545.04) which includes an unlockable 3 minute exclusive video mashup of Raven Riley and Liz Vicious and an original autographed cast photo.