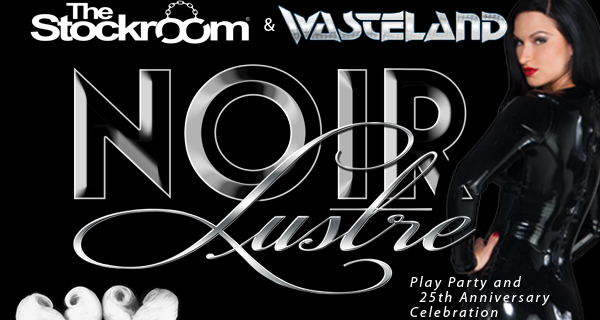 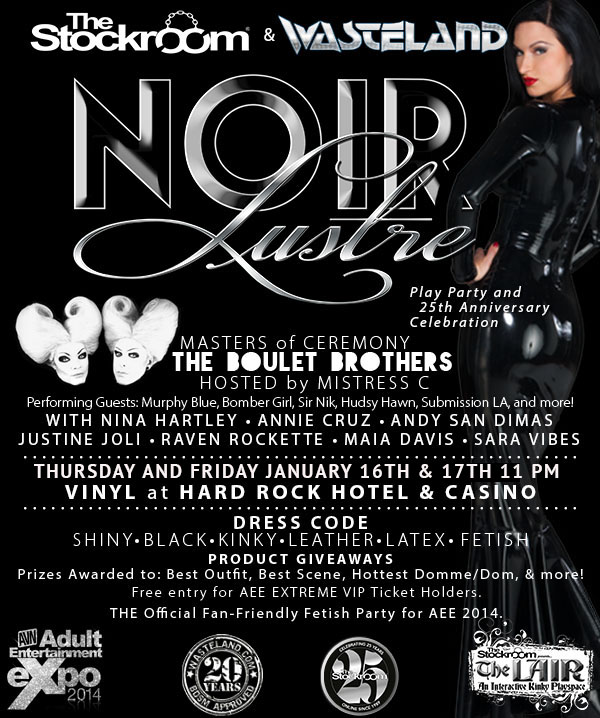 Wasteland.com founders Colin and Angie Rowntree say, “We’re thrilled to be co-producing this party with our oldest and dearest business colleagues at The Stockroom.  The party promises to be a hit, and add to our delight that Wasteland is celebrating its 20th year online, as well as Angie getting inducted into the AVN Hall Of Fame – Founder’s Division this year.”

The Stockroom’s Director of Operations, Shawn Gentry adds, “As we continue to celebrate our 25th Anniversary throughout 2014, we wanted to provide our colleagues and fans with an experience in Las Vegas that they will never forget.  Wasteland.com has been a long-time friend and affiliate of The Stockroom and is the perfect partner to co-present this unforgettable party with us.”

Hosted by Mistress C, Head Mistress and producer of The Lair, with the Boulet Brothers of Los Angeles as Master of Ceremony, one of the highlights of Noir Lustre will be the Legendary Nina Hartley and Ms. Sara Vibes (2011 International Ms. Leather) performing a “Double Domme” flogging and single-tail session on a lucky audience volunteer! (Attendees will also have the opportunity of using The Stockroom’s floggers and gear throughout the night, as well as learning different techniques, including the proper way to crack a whip.)

Noir Lustre will be held at Vinyl inside The Hard Rock Hotel on January 16th at 11 pm. Guests should come dressed in their favorite black/shiny/leather/latex fetish-wear.

Their retail website, Stockroom.com, remains a leading source for quality sex toys and bondage restraints, and features over 3000 products, many of which are handmade in the company’s Los Angeles facility. 2014 marks The Stockroom’s 25th anniversary as a leader in the industry. 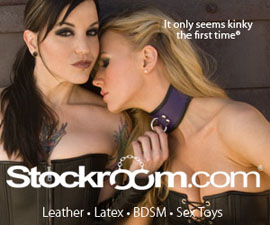 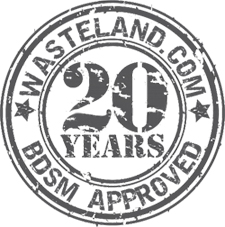 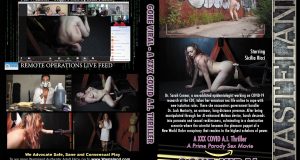