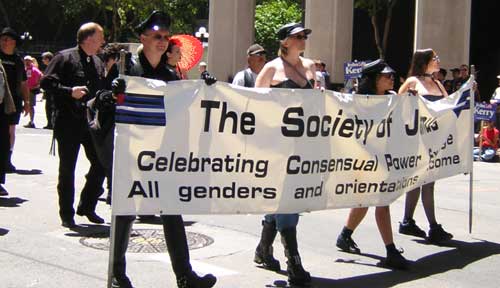 By Simon Blackthorn at Wasteland.com 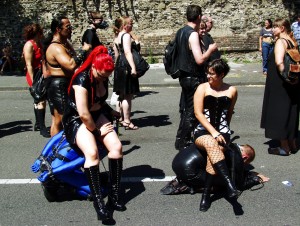 First of all: what is a culture? There are of course various definitions, but personally I like to use the one given by anthropologist Ruth Benedict (which is the more or less generally accepted one in the scientific community): “culture is a more or less consistant pattern of thought and action with a characteristic purpose that pervades the forms of behavior and institutions of a society.” Hence, a culture is defined by a set of patterns.

Are “we” a “culture” (as in a religious culture, a national culture for example)? If culture is defined as being that total and all-embracing the answer to that question is NO, unless of course you would argue that BDSM-views and opinions have any specific relevance to and influence on social structures, general behavior patterns or institutions (which I personally consider quite unlikely). However, if you take the definition but ad the words “limited” and “some”, the answer is: yes we are.

The opposite of the above definition btw is true for the BDSM-community: i.e. the world around us (society) has a direct influence on us (general perceptions, legislation, prejudice, political and religous views, to only name a few) and not in the way they have as a general factor in everyone’s life, but directly in (and as a result of) the ideals the community as well as individuals within that community strive(s) and stand(s) for.

Thus the question is: are there such concepts, views and behavior patterns?

The answer here – in my view – is yes, there are: there is a more or less generally accepted lingo (that at least is generally recognized), there are concepts (voluntary, imformed consentual, safe and sane for example, negociation for example, safewords for example). We may not be to good at exactly describing them, but there are norms and values: in general the community has a pretty good general idea about what is acceptable behavior in the group and what is not. In the same way there are (again not specifically written down) certain more or less generally accepted ethics.

And next to that there even is a more or less “creative process” based on the group’s ideas (design, clothing, art, photography, writing and more) that usually is recognized as “belonging to or within the group”.

Finally, do we have specific and more or less general behavior patterns? The answer again is yes. Coming out for example, finding information, communication and even some negative ones, like taking things personal and concentrating on personal ideas and interpretations as opposed to more general ones.

So, this method also seems to proof there at least is something indicating a culture, albeit not a very well studied and described one (but then again many cultures are not very well, or not at all described, such as many tribal cultures and the entire Maya culture for example).

Is all this enough to claim “we” are/have a culture. With sufficient modesty to say that we will probably not make a difference in changing the world’s general ethics my answer to that question is yes.

Are we a sub-culture? A sub-culture is a derivate from something else. Personally I can not see where we are a derivate of something else, so no, I wouldn’t say we are a sub-culture. And this is where I think we first meet some arguments of the “outside world” that tries to narrow BDSM down to a form of sexual behavior (and to many preferably a sexual deviation). Why would the outside world do that? The answer in my mind is obvious: fear. Sexuality in many (especially Western) societies is something that has always been looked at with double standards. Religions for example (and they have a traditionally strong influence on sexual behavior) have a very double standard here. On one end for example they praise the phenomena of life and giving birth, while at the same time they will condemn women the moment they show physical signs of their ability to give life (like menstruation, pregnancy and such) and call them impure. They will endorse big families with many children but at the same time condemn the act that is at the very root of reproduction.

Fear on one end and narrow minded political views about controlling people’s lives on the other are what brings about this element of fear and hence the wellknown rethorical trick of creating a “common enemy” (the evil). “We” are “an evil” in that sense and this evil is described in very simple, one dimensional straight forward terms that usually have little to do with the truth. Which is only one reason to stay away from a purely sexual/psychological approach and try to put things in a somewhat broader perspective.

What is this culture made of?

So, if we are a culture, what is that culture made off? That is where it becomes very hard. There is little research to rely on or find answers in and unfortunately any debate about trying to describe the culture will almost automatically turn into a debate about personal preferences. The reasons for this happening are actually quite simple. Most of “us” live in a very narrow, closed environment when it comes to BDSM (which is not a negative connotation but merely an observation and in itself a direct result of the general social stymatism and prejudice) and as a result many people only have their personal ideas and feelings to go by, while on the other hand the subject itself directly hits home with almost all of us and brings out – understandable – fierce and intense emotions.

The Internet – even though a blessing in some ways – is not exactly helpful either, since the “net-community” seems to go through exactly the same growing pains the “real life community” (at least in Europe) has gone through some 15 to 20 years ago. Hence, for the moment on the Internet history is only repeating itself, which is not bad as such, since it helps the vast numbers of newcomers, but is of little or no help when it comes to try and debate, research more abstract issues like this one.

Coming out (which to gay/lesbians is a “second coming out”) for one thing is totally different, primarily because coming out as a concept is alien to the hetero-sexual world since it has never been a real issue. Hence there is little experience with the phenomena and whereas especially coming out is recognized as probably the most important stage in the life of a homosexual (and treated and respected as such), in the heterosexual world it is predominantly still ignored or undervalued.

Also, there is a much more integrated process of accepting different preferences within the gay/lesbian community and hence there is a lot more openness and willingness to investigate, wether for personal use or just for better understanding. So yes, there ARE at least two different BDSM-cultures with their own patterns, behavior and general dynamics. 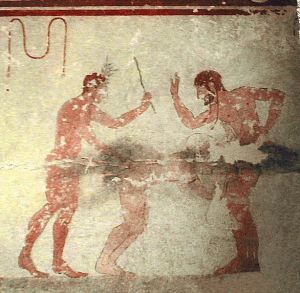 Simon Blackthorn is a writer, director and dungeon master at Wasteland.com