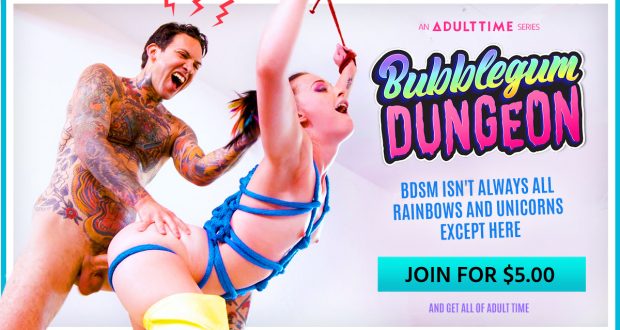 The Lighter Side of Bondage in Bubblegum Dungeon

The series kicks off with ‘Unicorns Don’t Exist’, directed by Joanna Angel; with Adria Rae suspended from the ceiling by nothing but rose-tinged rope, Stirling Cooper gets the flogs out and takes charge.

Check Out The Amazing Trailer: 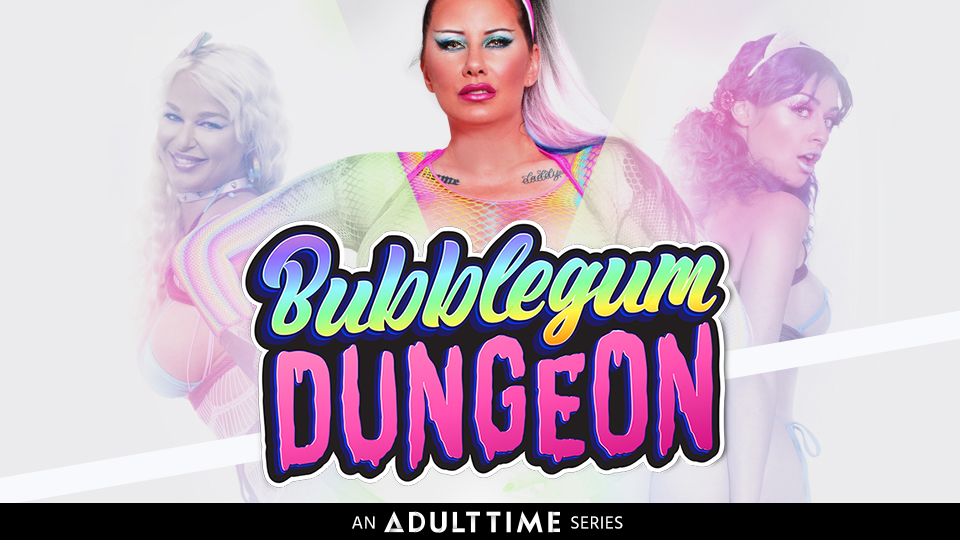 Interested?  Check Out The Full Series – Click Here
Four more shocking (pink) Bubblegum Dungeon scenes await fans in the coming weeks:
11/19 – Jewelz Blu takes the reins with Madeline Marlowe in ‘Dirty Naughty Filthy’
12/03 – Gina Valentina gets kinky with Ramon Nomar in ‘No Undies Required’
12/31 – London River stars with Small Hands in ‘DJ My Clit’
1/14   – Gia Derza takes the ‘Twenty Orgasm Challenge’ with Steve Holmes
While many kink-themed adult productions take a darker view, Bubblegum Dungeon series executive producer Frank Stacy says that “just like the visuals, the ambiance of the scenes is pretty different than what is expected from a regular domination session.
“The sex is intense, the struggle is real, but the emotions are positive; talent joking around, smiling, and having an overall blast! This creates an interesting contrast between the intensity of the sexual activities and the laid back interactions of the cast members.”
The Bubblegum Dungeon channel is available exclusively on the Adult Time platform at AdultTime.com, home to the most extensive catalog of award-winning content and unlimited access to over 180 channels and 60,000 episodes in one subscription.
About Adult Time:
Launched in 2018, Adult Time is a streaming service exclusively for adults.  Created by award-winning filmmaker Bree Mills, who also serves as Chief Creative Officer, Adult Time is a platform built by fans who believe in a future where mature audiences can safely, securely, and proudly have a place in their lineup for premium adult content.
Dubbed the ‘Netflix of Porn’ by mainstream media outlets, Adult Time offers an extensive catalog of over 180 channels, 60,000 episodes and 5+ new releases per day from some of the most recognized studios, including Girlsway, Pure Taboo, Burning Angel, Fantasy Massage, 21 Sextury and Vivid Entertainment, alongside exclusive original series, feature films, and much more.
For more information, please visit:
http://www.adulttime.com
Follow on Twitter & Instagram:
@adulttimecom
@thebreemills
BDSM Bondage Movies 2019-11-17
Simon Blackthorne