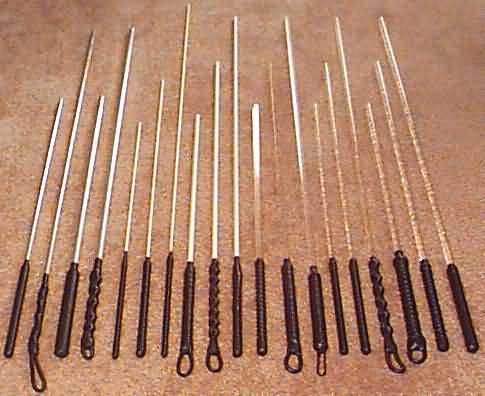 It requires remarkably little strength to deliver a memorable cane stroke. Think of it as a whip, not a stick. Think badminton, not tennis. Wrist alone (if your wrist is strong and supple) will be enough to satisfy many bottoms. Wrist and forearm combined suffice to deal an exhilarating cut. A wrist flick right at the end of the stroke can be devastating. Chastisers used to hold a book (try a Bible, if you’re very kinky) under their caning arms to limit the power of their strokes. A saber-stroke-style slash with shoulder, elbow, and wrist all fully involved is probably over-doing it.

Practice on a cushion upholstered in a nappy fabric (or a teddy bear) so you can see where you’re striking. Aim a few inches short of the edge of the pillow because a power stroke will reach further and wrap around more. Begin with the cane up next to where you want to strike, tap, draw back, and let it return mostly by its natural recoil, applying very little additional strength. Gradually increase the involvement of your wrist and then your elbow. Start the stroke further away from your target but continue to begin each stroke by drawing back, allowing the cane’s end to achieve maximum travel. Your goal is an even impact of about the last third of the cane’s length. You don’t want the tip to cut in. Once consistent accuracy has been attained, you can develop fancier strokes in your own personal style. After you’ve achieved control, practice on your partner’s clothed hindquarters. Use a wide, thick belt to protect the lower spine and kidneys. Insist on detailed feedback. You’re looking for an “Mmmmm!” You might chalk the end of the cane to tell exactly where your strokes land. British school prefects used to do this as an aid in striking repeatedly in precisely the same spot, a sadistic practice that is extremely painful and may result in deep, long-lasting bruises. Spread your strokes around.

Stand to the side and a bit forward of your target, so that the far buttock won’t receive the brunt of the blow. The ideal is an even stripe across both buttocks. Since this is difficult to achieve, you’ll want to move from your forehand to your backhand side periodically, in order to evenly treat both cheeks. The sulcus, or crease between the buttocks and thighs, is extremely sensitive, as are the backs of the thighs, because they lack the natural padding of the butt. If you intend to stimulate these areas, decrease the velocity of the strokes you direct there. 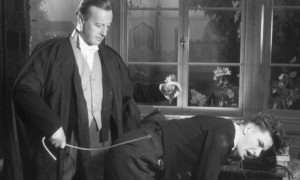 There are two main schools of caning technique. English-style traditionalists insist upon power strokes only, with no warm-up, while the West Coast school enjoys inflicting a variety of intensities. Many sources insist that there is no middle ground in caning — that strokes are either wimpy or wicked. Striving to please my partner, Rebecca, who loves to receive the cane but has a low pain threshold, I have proved that moderate strokes are possible with practice and sensitivity to each individual cane’s response.

A cane has a natural rhythm, useful for delivering a massage of rapid pitter-pats. An educated wrist can endlessly vary the intensity, unexpectedly interspersing harder shots to keep the bottom alert. This massaging technique is an excellent way to learn to control the impact and to stimulate sensitive but delicate areas where a full stroke would be dangerous, e.g. palms of the hands, soles of the feet (bastinado), insides of the thighs, armpits, belly, breasts, and genitals. The narrow tip of the cane is perfect for tickling those hard-to-reach spots. Such rap-tap-tapping is a great warm-up for power strokes.

Severe strokes demand ceremony, both in giving and receiving. For some, formal ritual is an essential element of caning. The ceremony begins with the commands, “Unbutton. Let down. Assume the position.” Dangling shirttails are “taken up,” tucked or pinned out of the way. The drawers may be slowly, humiliatingly lowered by the chastiser, or left up with a promise to lower them if the culprit proves unruly. A fearsome whistling swipe through the air puts the subject in the proper frame of mind.

The position is usually bent over, so that errant strokes will miss entirely rather than impacting the lower spine. (But aim low to avoid the tailbone.) Bending over tightens the flesh of the buttocks so that the stroke is felt more keenly. Lying prone is a good position for subjects of novice caners because downward strokes are easier to control, and unstretched buttocks are more padded. A pillow may be put on the far side of the target area to harmlessly absorb any wrap-around.

Power strokes must be slowly served and savored. The pain is two-fold: the surface smart at the moment of impact and the delayed internal fire as the compressed nerves spring back. To masochists, the sensation of a perfect stroke is as exquisite as an orgasm, and one has been known to lead to the other. Allow plenty of time for full appreciation of the blooming pain’s slow burn before you deal the next one.

Strokes are awarded in sets of six. Counting by the culprit is key. “One. Thank you Sir/Ma’am. May I have another?” Penalty strokes are awarded for miscounting, flinching out of position, or attempting to shield the target area with a hand. Bondage is seldom employed, since voluntary submission is an essential part of the correction ritual. 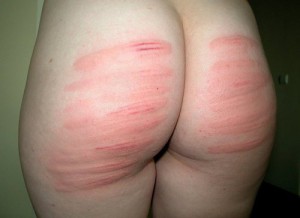 Decorative Results
It is customary to create a closely spaced grid of parallel stripes, each welt bearing twin red edges, to demonstrate your superb control. An expert caner is capable of producing stripes that will last for hours, days, or weeks, according to the recipient’s pleasure. “Gating” is the fiendish technique of crossing such a pattern with a diagonal stroke, often drawing blood where the stripes intersect. (Obviously, if blood is drawn, the cane must be carefully plastic-bagged and disinfected, but it’s a rare bottom who hasn’t had enough well before this point.) Schoolboys returning to their dormitories after a session with the headmaster, used to rate the severity of their thrashings by having classmates count the number of “stars” on their bottoms, where strokes had crossed.

Afterward, the culprit may be required to hold position and forbidden to rub the afflicted area until permission is granted to rise. It is customary to kiss the cane and express gratitude for the exertions of the chastiser.

Previous: Kinky Events Listings For August
Next: The Fabulous World Of FemDoms 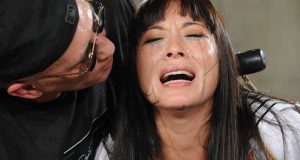 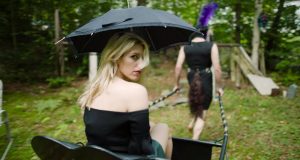 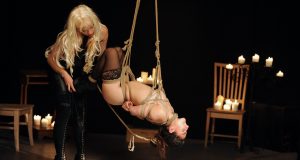